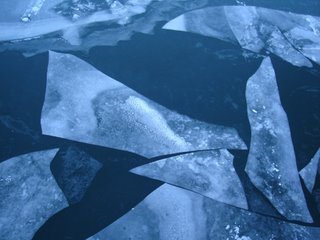 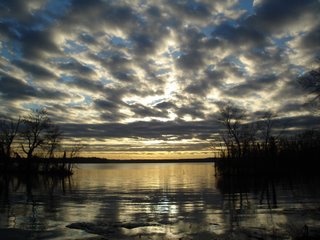 Here are a couple of photos I took on my bike ride to work the other week....some chunks of ice in the Potomac River, and a nice sunrise. We've now gotten a few inches of snow/ice in the area, so I won't be able to bike on the bike path for a week perhaps. I've thought of buying studded snow tires for times like this...but we don't get too much snow/ice usually, and it's not around that long either...so it doesn't seem worth it for the expense of the new rims and tires. In addition to the safety factor of biking on the rutted roads/bike path. So I take the subway to and fro work - usually after 3 days, I'm dying to get back on my bike instead of dealing with the MASSES of people, delays, rude people, etc.
Posted by Char at 8:25 AM No comments: