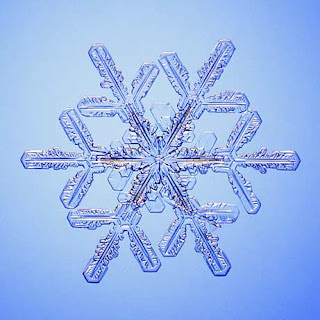 Yesterday, parts of the area got some snow flurries. I didn't see any in D.C., but my roommate was out running some errands and called to say there were heavy but brief snow showers. I always like to see the first snowfall - it's so magical. :)

This morning the wind chill was 17, when I headed out to ride to work. This weather is more like January! I was expecting it to be pretty cold - but it really wasn't. I saw ice along the shores of the Potomac River.

As I entered Old Town Alexandria, I came alongside a guy on his bike and we chatted while the policeman was directing traffic at a school intersection. The guy said, "It gets a little lonely out on the bike path this time of year - just the hardy and foolhardy are out, huh?" :) He said he's been doing his bike commute over 15 years and had gotten rid of their second car, and is saving a ton of money. I told him I went car-free last year, and he thought that was good as well. :) He said he would like to go car-free, but they had to have a car to tote the kids around in. He asked where I was headed, and I replied D.C. He said he was riding to the Pentagon. So I wished him a good ride as he took off.

Good to meet people like him - I'm not the only "wild and crazy" person out there riding in the cold! :) People wonder how you stay warm outside in the cold weather. It's really not TOO hard. The first few miles are cold - your eyes tear up from the cold air, and your fingers hurt. But by constantly pedaling, you warm up and stay warm the rest of the ride. I wear 10 essentials to keep warm and ward off the cold:

This combination works well for me through winter. Sometimes I wear rain pants over my tights, etc., to block fierce cold winds, but otherwise, I'm fine. :)
Posted by Char at 9:52 AM 2 comments: