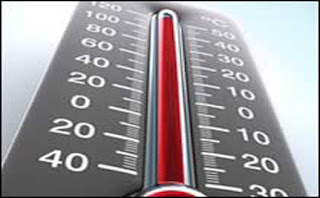 We're in the middle of a nasty heat wave...temps up near 100 when I get off work. Whew! The other day on my ride home, I was stopped and waiting at a traffic light. As I grabbed my water bottle (that had been in the freezer at work all day), a guy rolled up on his bike. I took a double-take because of two things: he was wearing a LONG SLEEVE SHIRT AND JEANS; and he had NO water bottle (he didn't even have a water bottle cage!). I was pretty surprised and I asked him if he wanted some of my water. He said no, he was fine. I thought maybe he didn't have a long commute, maybe he came from right nearby, so I asked him. Nope, he said his office was right near mine. I don't know how in the world he was biking in those clothes and without any water!! Wow. I don't know if he was crazy or foolish! :) (probably both??) I'm thankful that my commute home is mostly downhill and it is shady. :) These things help a lot. :)

On my commute, I make use the bike lanes, which sometimes feel safe, and sometimes not, so I'm not real decided about them. The bike lane is one-way, on a one-way street. Everyone's going the same direction....except a couple times there will be a bicyclist who decides to be a "salmon" and ride the wrong way - towards you - in the lane. The lane can accommodate this, but it's a little close. Plus, you have the traffic right alongside you, so you don't want to veer very far to the right. The other day, I was surprised when a guy on ROLLERBLADES zipped past me in the bike lane. There was a part where some cars were merging/crossing over into the bike lane to make a left at the light ahead. The skater hip-hopped his way between the merging cars - - I thought he was gonna smack into the back of one of them. Wow. I feel a bit vulnerable on my bike, but this guy has even less protection (no helmet/pads). I haven't seen a rollerblader in a long time - seems the fad kind of disappeared.

One other thing I've noticed on my commute that kind of bothers me. I'll be waiting at a light, and another bicyclist will come along and slow down at the light - - check for traffic and then proceed across. I have seen this same behavior by cyclists up in New York City. Now granted, a lot of times, there may not be many or any cars coming. But a few things: they are running a red light and if anything happens and they are hit or cause an accident, one of the first questions the police will ask was "where were you when it happened" and the police will find out that you had run a red light (and the driver will concur). I think it's kind of odd that a cyclist will pull up alongside me, while I'm waiting for the light to change. You'd think they'd feel a bit guilty or wrong in then proceeding through the light. (Part of me wants to say outloud "That's a RED LIGHT....!" but they would probably just ignore me.) I've seen cyclists run a red even when there are more than one cyclist waiting at the light. It's just not smart. I wonder how long it will be before cyclists get a ticket for running a light.... I'm not sure how the police can enforce it, and maybe that's why the cyclists do it. I read an interesting article about cyclists in Amsterdam. Of course, they have "bicycle traffic lights" there, so the bicyclists can proceed safely and cars are held back. I read that the bicycle lights are TIMED so that if the bicyclists go a certain slower speed, then all the bicycle lights will stay green. If they go too fast, they will inevitably catch a red light. That's an incentive! :) I read another article where it was pointed out that there are positive pay-offs to waiting at the light: (1) greater respect from motorists; (2) improved safety; and (3) better relationship with pedestrians. Not to mention it's your civic responsibility....