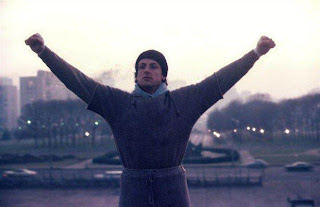 This past Sunday, with the weather being in the 60's, and my schedule being free...I decided to pump up my tires on the Brompton bike, don my new bike helmet, and get back on the steel horse. :) I wasn't sure if I had the strength in my arm to pump up the tires, or get the bike pump attachment off of the bike tire valve once it was attached and pumped... I didn't even think that I would be out of breath to even pump up my tires! :( Jeez.

Then I wasn't sure if my arm could handle carrying my Brompton down the front steps, so I guided it as I let it lightly bump down the stairs. My whole body and mind was on High Alert as I started out pedaling. First of all, it felt a bit weird to be rolling again. The front wheel felt weird to me, maybe because I hadn't ridden my small wheeled bike in so long. Then my attention was directed many times to my rear view helmet mirror, as I saw cars coming up behind me. I automatically tensed up, thinking they could hit me. :( I guess it's an automatic reaction after such a traumatic event as being hit from behind... I had never thought about being hit from behind before in all the years I've ridden. I hopped on the sidewalk where I felt a little safer, but I couldn't ride the whole way on sidewalks to the grocery store (my first errand). The grocery store is less than a mile away, so that was a good first destination.

After I got home and unloaded my groceries, I decided next on the list was to go to the nearby bike store and treat myself to new bike gloves....I don't know what happened to the gloves I was wearing when I got hit. :/ The bike store is probably a mile and a half away, up a little bit of steep hill. So I took it slow (I didn't have a choice!) and huffed and puffed up the hill. (The Brompton doesn't have real good low gears, so that doesn't help.) I did enjoy the downhill from the hill I climbed. :) The bike store unfortunately wasn't stocked with a full selection of sizes of fingerless gloves, as it was a bit early in the season. I told the guy at the counter that this was my first ride since being hit last Nov. He looked at me as if he was seeing a ghost....and I certainly feel sort of like half of a ghost...trying to regain my former biking self...

Next on the list was to go to the bank to deposit a check. It was maybe a mile or less away. Wouldn't you know it, the one day that I want to make a deposit, that feature isn't working on the ATM?? Crazy. :( Strike Two.

I then decided to head to College Park Bicycles, as I thought it might have a better selection in gloves, and I was right. I made the purchase of nice gloves, and then pooped out, I went to 7-11 to treat myself to a Slurpee - - something I haven't had in years. I think they've changed the composite make-up of Slurpees since I last had one.... Anyway, it was cold on my throat and refreshing. I walked my bike over to a retaining wall where I could prop my bike up against, and enjoy my drink, and then I called my sister to make a request.

When she answered, I said, "Can you do me a favor? Can you either sing or play a few bars from the Rocky movie?" (I didn't tell her what I was doing at the time). She was wondering why, but she sang a few bars and then I told her I was out biking! :) She was pretty surprised, and then with gusto, she played the full triumphant Rocky theme music from her husband's phone...as I sat and had tears streaming down my face. I couldn't help it - - for me to get back out on my bike, being alive, and to ride again, was a triumph, and the Rocky theme matched my feelings perfectly. :)

After we hung up, I headed back home...into a headwind and a couple more hills.....Ugh.... It didn't help that my body was fighting off a slight cold. During my ride home, my arm started to feel a little tired, so I would let it rest by my side and ride one-handed to take a break. When I got home and I showered, I promptly fell asleep for AN HOUR! Wow.

I had only biked maybe 8-10 miles, but it felt like almost 100 miles....! Just shows you how an accident and inability to exercise can set you back. :( My arm was a little bit sore in the days afterward. I would think that riding the bike would be good for strengthening my arm...in holding the upright handlebars, and in using the brakes.

So I look forward to being able to get out to ride again, and get stronger, like Rocky. :)
Posted by Char at 2:05 PM

Wow...you are most awesome!

How fulfilling that must be. I hope relaxing enjoyment will join the sense of accomplishment, and bring you joy.

Easy does it! Let your arm recover.
Congrats on your return to two wheels.
BTW, Bikes at Vienna sells those old style gloves that have tiny holes across the back. Your hands looked diseased after riding on a sunny day. I bought 4 pair. I think they were under $10 each. A steal.

Glad you're back riding again! Woot!